Crash, collision, or incident? Why words matter when building trust in driverless technology

Written by
EasyMile
Taking a closer look at what some of the latest safety performance data means for autonomous transport.
Main picture 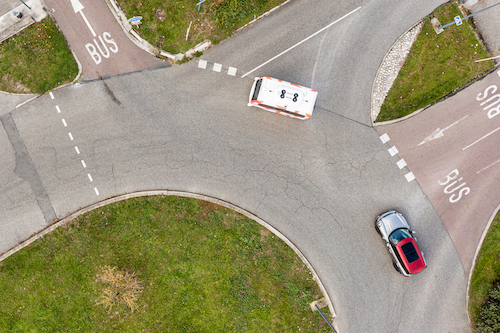 Taking a closer look at what some of the latest safety performance data means for autonomous transport.

When you’re talking about transport, no word is more likely to provoke a reaction than “crash”.

In June this year, the US National Highway Traffic Safety Administration (NHTSA) released data on crashes involving autonomous and technology-assisted vehicles in the US over an 11-month period to May 2022.

The headlines: 392 incidents involving Level 2 Advanced Driver Assistance Systems (ADAS), and 130 involving vehicles with level 3 autonomy or above. It caused a stir, picked up by the media worldwide.

To be clear, focusing on safety will always be a good thing. Safety is paramount for our industry, and regular reporting of this kind of data – particularly as it becomes more detailed over time – will ensure it continues to be the number one focus for all automakers and operators.

NHTSA sees these releases as a first step towards a “more data-driven approach, ensuring AV technology is deployed safely”. But the data still only tells part of a story. In fact, while they include some very serious incidents, others are only minor scrapes.

EasyMile has a zero-collision record, but is included in the release on Level 3+ operations. We reported two minor incidents in Golden, Colorado, where we deployed the largest fleet of autonomous electric shuttles in the US (by comparison, more than a third of the incidents were from Waymo, the Google-owned self-driving taxi service.)

In the  first of these in October last year, a driver looking over their shoulder didn’t notice an EZ10 shuttle stopping because another vehicle had pulled out in front. The motorist braked too late, causing some minor damage to our vehicle.

In the second, a cyclist chatting to their friend was traveling very closely behind a shuttle and bumped into it when it stopped.

So, what does the data tell us?

It’s clear to us that using the catch-all term “crash” might well be a useful shorthand term to discuss the incidents but putting a minor scrape alongside a serious collision or fatal crash without more context can be misleading.

Writing in Forbes, Brad Templeton, a regular commenter on autonomous technology, who worked on Google’s car team in its early years, highlighted that while press reports suggested the level of accidents involving autonomous technology was scary, the data shows only a “tiny, tiny fraction” of crashes that occur among conventional cars – by his reckoning around 6–12 million per year. He also estimates there are probably another 15 million ‘minor dings’ on top of that aren’t reported to insurance companies.

With only absolute data on incidents, and no further detail on statistics like the rate of crashes per mile driven in different situations – such as on highways or streets – Templeton’s conclusion is that the data doesn’t say much about whether people using the systems are having more crashes, or worse crashes than those that don’t.

This data release is the first broad analysis of accidents involving autonomous technology and it’s worth noting that the NHTSA points out several caveats and limitations to the new data – for example, access to crash data varies between manufacturers, and one incident may be reported multiple times.

Hopefully, as these data releases become more of a regular occurrence, they can drill down into the detail and give a clearer, more accurate picture of what is happening at in the world of autonomous transport

The data release is also not a warning against further innovation. In fact, it’s the opposite.

In the release, NHTSA’s Administrator Dr Steven Cliff, said: “New vehicle technologies have the potential to help prevent crashes, reduce crash severity and save lives, and the department is interested in fostering technologies that are proven to do so; collecting this data is an important step in that effort.”

We were the first autonomous driving technology company to be ISO9001:2015 certified. Our safety-by-design approach, built up over years of real-word deployment allows us to consistently meet customer and regulatory requirements, while demonstrating continuous improvement. It’s resulted in a zero-collision record, and we’re committed to raising the safety of both our own vehicles and the wider industry.

More data on any incidents is ultimately a good thing – it helps us all understand a little better. We collect information on any incident, however minor, as it will improve the systems that control our autonomous technology. Greater scrutiny and awareness, together with greater transparency across the industry, from data to the terms we use, will help us maintain safety.

Find out more about our safety approach here.