An EZ10 on the road in Rennes, France with Keolis
Written by
Lauren Isaac, Director of Business Initiatives in the US
We want to give you a closer look “under the hood” of our EZ10 autonomous shuttle to see why it’s well equipped to level up and enter the mass market.
Main picture 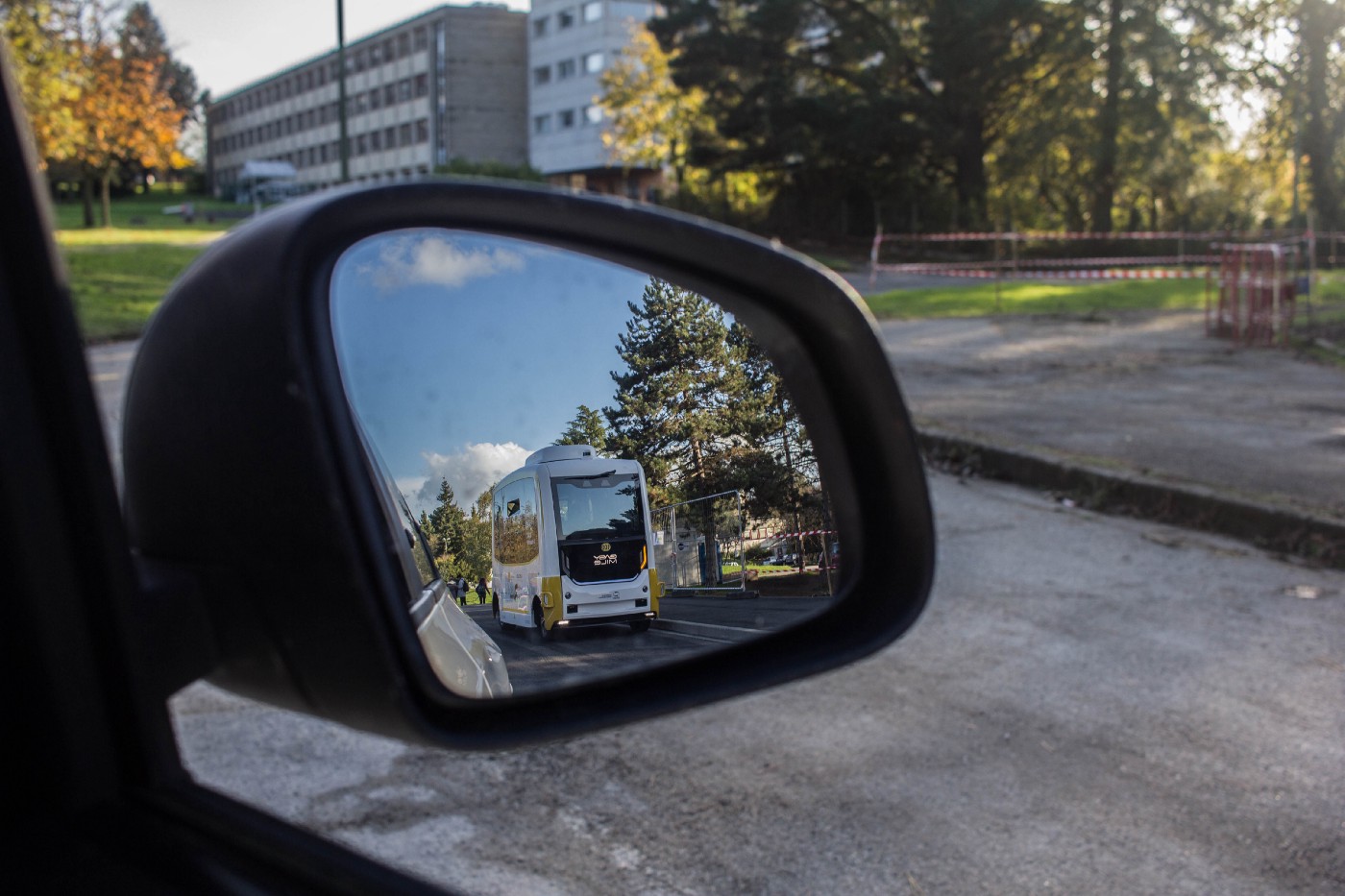 We want to give you a closer look “under the hood” of our EZ10 autonomous shuttle to see why it’s well equipped to level up and enter the mass market.

The anatomy of an autonomous shuttle

Inside the EZ10, an autonomous shuttle that’s been deployed in locations worldwide, is a complex network of components keeping it in constant communication with its surroundings.

Lidar, GPS sensors, smart brakes, and high-definition cameras. These intricate layers of innovation feed the shuttle’s ecosystem over a 4G network. This means the vehicle can calculate where it is, what’s surrounding it and what it needs to do next.

The technology behind driverless transport is groundbreaking, but it’s an evolution not a revolution.

In fact, this shuttle is building on continual technological advancement. Data integration has been around since the 1990s with on-board diagnostics also becoming more mainstream around the same time. Most modern vehicles will also use satellite navigation (sat nav), automated braking (such as anti-lock braking), or cameras (to aid reversing or improve visibility).

Even lidar, not as common yet in transport, is used extensively across other industries for its ability to produce high-spec 3D images. It’s even incorporated into Apple’s latest iPhone.

Why does this matter? Because a driverless shuttle is no “concept vehicle”. Its backbone is already well established. Making the move to mass deployment less of a leap; more of a next step.

So, let’s look at the technology in action on a typical shuttle journey:

Moving safely between destinations needs absolute precision; a greater level of accuracy than relying solely on data from satellite positioning (such as GPS).

The way to do this is “micro localization”. By combining data from lidar (which uses lasers to assess the surroundings), cameras and GPS, the operating system uses a process known as a particle filter to predict the shuttle’s exact location with pinpoint accuracy.

Autonomous vehicles are moving into a world of on-demand services, where each journey will be different to the last. Micro localization gives operators complete confidence the shuttle can safely find its way from one stopping point to the next.

How often do you approach a road junction knowing exactly what is going to happen? The sensor set allows the shuttle to do exactly that.

For example, they can “see” for distances of up to 250 meters (more than two football fields), measure distances when lighting is poor and even sense objects around corners. The system also assesses the relative velocity of objects, meaning the vehicle’s driving intelligence software can prepare safely for the next action — whether that’s driving as normal, adjusting the speed or trajectory, or coming to a stop.

Safe stopping — a safe and comfortable deceleration — is without doubt the most critical element to driverless transport. Nowhere is this demonstrated better than approaching a set of traffic lights or a pedestrian crossing.

Data relayed from lidar cameras and V2X (vehicle-to-everything) communication instructs a hydraulic pump to apply brake pressure. This allows the intelligent control center to anticipate whether the vehicle needs to slow down, give way, or come to a complete stop.

A large part of the future for driverless technology lies in on-demand shuttles. These will provide the first or last mile for passengers to their homes, workplaces, or wider transport links.

The shift is already underway in Norway. Trondheim is now home to the world’s first on-demand autonomous shuttle service, where passengers select their pick-up and set-down via an app rather than queueing up. Transport authorities have the appetite to introduce more services like this one, as they look for sustainable schemes that can cut congestion and pollution.

Do these services have what it takes to go mainstream? Undoubtedly.

The technology and software package is robust, based on innovations improved and enhanced over the decades. It’s been successfully proven in planned communities, business parks and more.

Now, with the platform well understood and widely available, the next step for suppliers is economies of scale.

It’s not reinventing the wheel; it’s putting it in action.

Recognized as an industry thought leader, Lauren maintains a blog titled Driving Towards Driverless, has spoken at hundreds of industry conferences, delivered a TedX Talk on driverless vehicles, and has been published and quoted in numerous national and international publications.