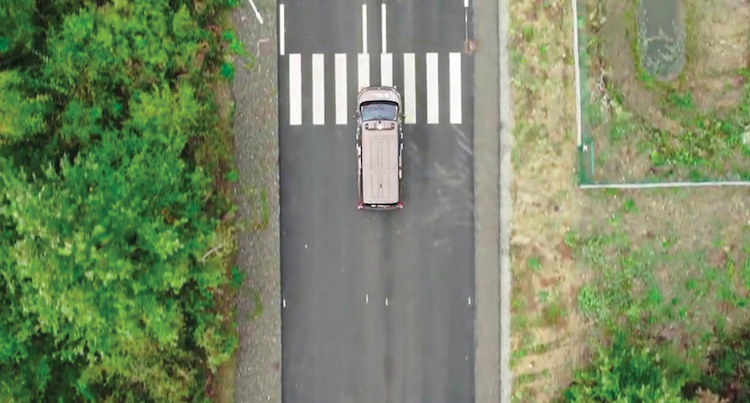 The SNCF, through its innovation accelerator dedicated to new mobility, Tech4Mobility, is experimenting with the transformation of old railway lines into connected roads, suitable for autonomous public transport. The goal: to address the issue of the so-called last-mile where the train is not profitable, while promoting unused assets and the technological know-how of the railway group.

According to the group, “it is not because we are called Société Nationale des Chemins de Fer Français that we should not be on the road’. Hence this proof with the experimentation of autonomous mobility on the road, in its own lane.

The railway tracks in question are the old freight line which connects Nantes to Carquefou, in the west of France. They have been replaced by an ultra-connected clean lane road to circulate classic and autonomous vehicles for the transport of passengers: "This is a first in France because the experimentation takes place on an innovative infrastructure offering real operating conditions,” explains David Borot, director of Tech4Mobility.

The section of connected road, which is being extended from 500 to 2000 meters, crosses two old railway bridges, a road intersection that brings regular car traffic (like at a railroad crossing), as well as wooded areas. In addition, this road sees its width reduced to one lane in places, pushing autonomous vehicles to have to manage the corridor. An additional constraint: as the vehicles will circulate on demand during off-peak hours, they will not all stop at the same stations and will therefore have to be able to pass each other. All these elements therefore contribute to making this experimental site more realistic for testing a future autonomous public transport system.

It is a full range of use cases that these vehicles will have to verify, while traveling at 50km/h, and not at 30km/h or less like most specific autonomous shuttles today. 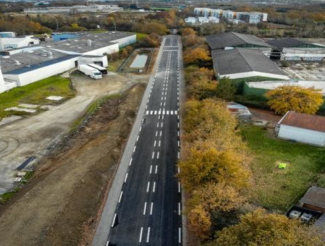 As part of a partnership with the car manufacturer Stellantis which extends until 2023 with funding from ADEME, the shuttles are motor vehicles of conventional construction (non-autonomous) with 7 to 9 seats, equipped with a kit of sensors to make them autonomous. But the innovations are just as much in the connected road environment as in the vehicles themselves. "We seek to reduce the number of functions on board the vehicle as much as possible by transferring them to the infrastructure, in particular for reasons of enhancing safety and reducing system costs," explains David Borot.

A global solution, from the vehicle to the network

There are, for example, red lights connected in V2X (vehicle to everything), future passenger stations which will be illuminated with smart LEDs announcing the arrival of autonomous vehicles, and more broadly total coverage of the road connected in 4G/5G so that the fleet is permanently traced by the control center. This end-to-end connectivity will be found on board vehicles, where passengers will be able to enjoy high-speed video streams, but also receive information and assistance in real time via screen, voice, and even holograms.

Finally, the last part of this unique innovation in France lies in the stations of the future, designed with AREP (subsidiary of SNCF Gares & Connexions), ENSCI and the Nantes Atlantique School of Design, including the manufacture of a first prototype was launched on January 3, 2022. This forward-looking solution for passenger transport is expected to cost 60% less than an equivalent tram or BHLS (High Level Service Bus, or Trambus) solution, and is designed to lines of 10 to 20 kilometers where less than 1,500 passengers travel per day. About twenty potential similar lines have been pre-identified by Tech4Mobility at this stage.