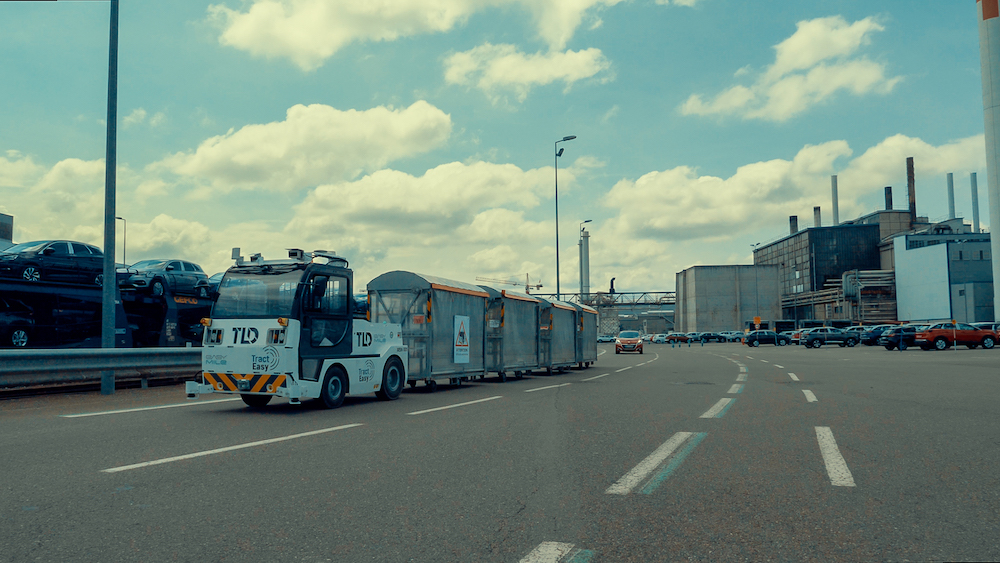 At EasyMile, we see first-hand how driverless technology transforms operations on industrial sites.

In previous articles, we’ve looked at its impact across a wide range of industries. There’s one group of manufacturers we believe could gain major advantages from embracing autonomous vehicles – the chemicals industry.

An industry built on innovation

You can’t mention chemicals without looking at Germany. It’s the undisputed center of the industry in Europe and the world’s second-largest chemical-products exporter. Chemicals are a major part of the country’s economic fabric.

Peppered across Germany are dozens of integrated ‘Chemical Parks’. Bases for manufacturing, logistics and warehousing for some of the biggest global players. They’re well connected, with a network of pipelines providing stable supplies of oil, natural gas, naphtha, hydrogen, and other vital feedstock.

These parks are evidence of a long history of innovation and cooperation. Henkel’s 143-acre Holthausen site in Düsseldorf, for example, is a base for research & development, manufacturing, and distribution. It’s shared with BASF and KLK Oleo and employs around 11,000 people.

Managing a site this size is a massive logistical operation. Companies will often span a diverse range of product lines (Henkel for instance covers beauty products like Schwarzkopf; adhesives & sealants; and laundry & home care). Every day, there’s a huge array of products and materials being transported cross-site.

Companies are already exploring how they can improve their processes by increasing their levels of automation. Henkel, for example, has a fully automated warehouse outside Germany – around 30 kilometers from Barcelona. The site, named by the World Economic Forum as a ‘global lighthouse’ for Industry 4.0, is designed to be a major logistics hub for Henkel’s Southern European operations. We think sites like this are only the beginning, particularly as the industry recovers from the impact of the global pandemic.

The challenges to overcome

Automation could prove to be a solution for many of the major challenges the industry faces:

The benefits of autonomous vehicles

The continuous flows on a chemicals site, such as transporting raw materials, or ‘non-critical’ flows (such as taking laundry to/from the production line) are ripe for automation. There’s an opportunity for innovative companies to take automation a step forward and introduce driverless vehicles for their factories and plants.

Autonomous swap-body trucks could make loading and unloading faster and more efficient. The TractEasy, the first autonomous tow tractor, is already in use for material handling on sites including factories, logistics centers and airports. With Level 4 autonomy, vehicles travel safely without an on-board supervisor, thanks to an extensive sensor set including lidar, cameras and V2I (vehicle-to-infrastructure) communication.

Here's where we believe driverless transport can give chemical plants an advantage:

Lean – Driverless transport gives factories and plants predictable and reliable support, covering sites with large surface areas in the most efficient way and streamlining energy use on site.

Most factories will have three shifts, seven days a week. A driverless vehicle like the TractEasy runs 24/7, reducing operational costs, particularly in areas such as loading and unloading (the return on investment for the TractEasy is typically achieved in 12 to 18 months).

Flexible – Autonomous vehicles give warehouse operators maximum flexibility on their sites. Based on the infrastructure-less solution, routes and functions, including the trailer configuration, can be changed swiftly as demand requires.

Chemicals is a broad and diverse sector, taking in specialty chemicals, personal care products, petrochemicals, pharmaceuticals and more. Much of its success has come from innovation, with millions of dollars spent on research and development. Now the focus is on digitalization and optimizing processes. We believe autonomous technology will play an ever more prominent role in this.

See more about how we believe autonomous transport could benefit other industries including pharmaceuticals and beverage producers.