Toulouse/Australia, 15 November 2021 - EasyMile is a collaborating partner in three of five finalist projects in the Connected and Automated Vehicle category of an Australian award to recognize outstanding projects and people that have advanced the nation’s transport technology throughout the year.

Fully driverless on a public site

They include the BusBot fully driverless service at the North Coast Regional Botanic Garden in NSW’s Coffs Harbour. In what is Phase 3 of this pilot an EZ10 driverless shuttle is transporting visitors and staff around the site under remote supervision, with no onboard supervisor.

This nomination was submitted by Busways, and other collaborating partners are Transport for NSW, Coffs Harbour City Council and Telstra.

Hop-on and hop-off in a regional centre

The driverless bus trial in Renmark, South Australia headlines this nomination. An EZ10 named ‘Murray’ provided a free hop-on and hop-off service at six bus stops along a 2.4km loop in the regional town’s shopping precinct. 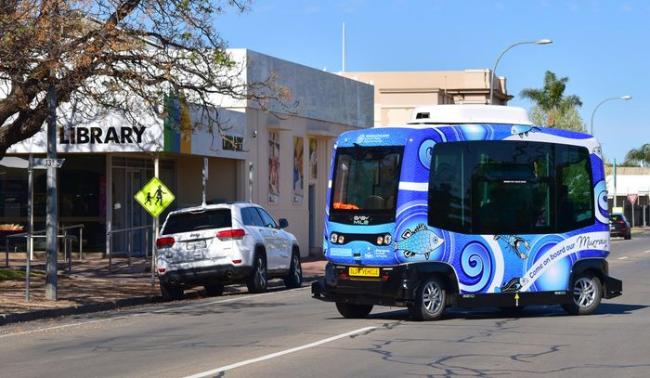 This nomination was submitted by Keolis Downer, and other collaborating partners are Department for Infrastructure and Transport South Australia, Flinders University, Renmark Paringa Council and SAGE Group.

This nomination includes the successful trial of a driverless shuttle service on Queensland’s Karragarra Island from late 2019 to May 2020.

The following phase took place in the state’s Raby Bay. From late 2020 until the middle of this year, an EZ10 connected the township’s harbour with its foreshore. 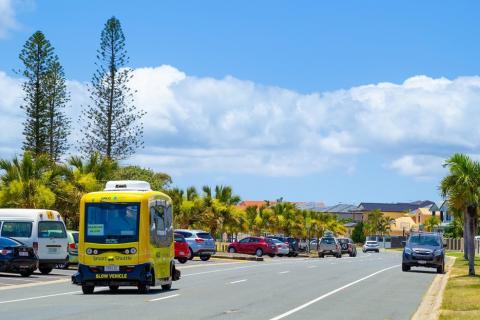 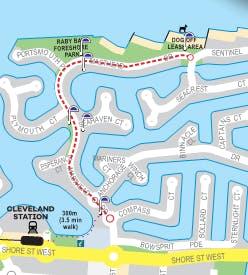 This nomination was submitted by the Royal Automobile Club of Queensland (RACQ), and the other collaborating partner is Redland City Council.

Now in their 12th year, the ITS Australia Awards recognise the outstanding work accomplished in the Intelligent Transport Systems industry every year. The Awards bring together the individuals and organisations that make up the industry to celebrate the collective pursuit of safer, better and more sustainable transport in Australia. Winners will be announced on 17 February 2022.