Photo Credit: EasyMile
Written by
Bureau Veritas
Bureau Veritas delivers high value-added services to its customers, with the goals to help them meet the growing challenges of quality, safety, social responsibility and sustainable development. As a part of its magazine, Bureau Veritas had the pleasure of interviewing David Croenne, our Quality Manager.
Main picture 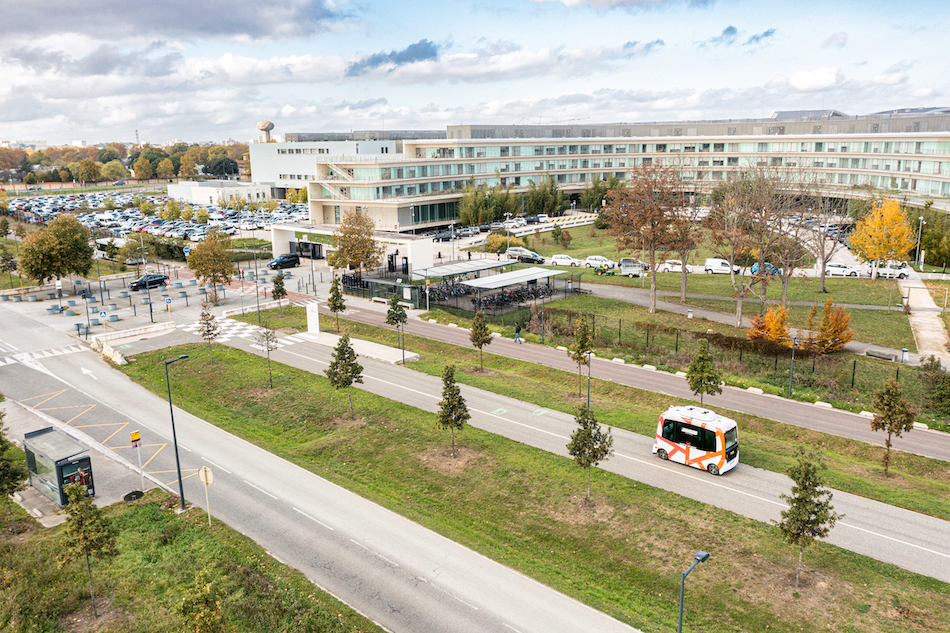 For the first time in France, an autonomous vehicle has been authorized to run without a driver. Developed by the start-up EasyMile, the EZ10 shuttle will soon be driving passengers in Toulouse. We met with one of the architects of this adventure, quality manager David Croenne.

"This is a first in Europe: a shuttle will be able to run on public roads without an operator on-board. And it's happening in Toulouse." On November 22, 2021, Jean-Baptiste Djebbari's enthusiasm was palpable as he visited the Haute-Garonne prefecture. The Minister of Transport came to congratulate EasyMile, a pioneering French autonomous vehicle company. The government has granted its EZ10 driverless shuttle a level 4 authorization, which is essential for driving without an operator. The shuttle in question, which has already been tested for several months on a predefined route, travels within the Oncopole in Toulouse, a university campus specializing in cancer research.

This is a first in Europe: a shuttle will be able to run on public roads without an operator onboard. And it's happening in Toulouse.

While EasyMile's 250 employees (about two-thirds of whom are R&D engineers) work primarily at its Toulouse headquarters, the company also has offices in the United States, Germany and Singapore. Since summer 2019, EasyMile has relied on an ISO 9001 certification awarded by Bureau Veritas. This international standard focuses on quality management. "It indicates that roles are well defined in the company and that our internal processes are consistent between teams, and oriented towards customer satisfaction, with a safety-first approach," summarizes David Croenne. Audits allow EasyMile to challenge the processes during this development period. Their maturity, observed by the auditor, is an asset to meet the challenges posed by the recruitment of talent, the management of patents or even the cybersecurity required for this activity.