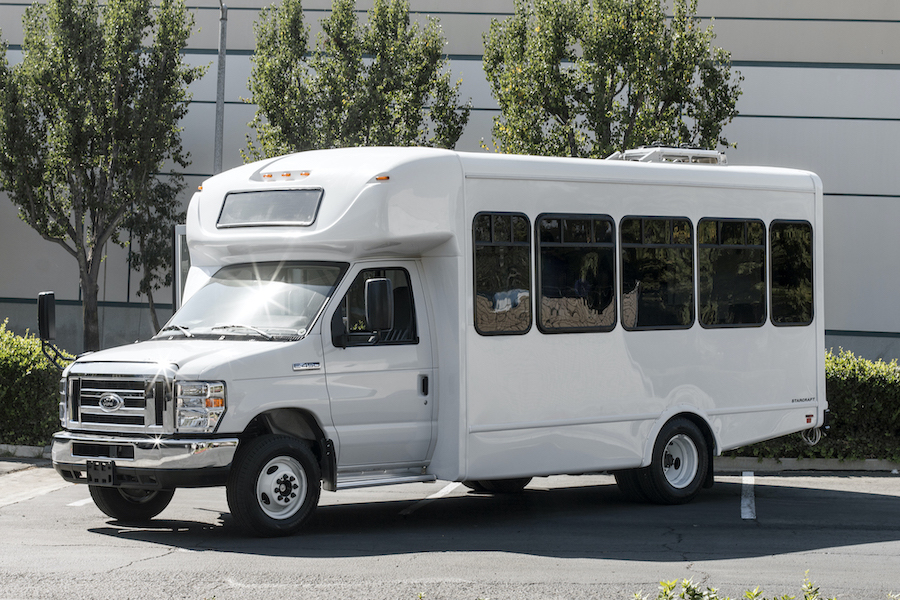 Ontario, CA - December 21, 2020 - California based Phoenix Motorcars, which was recently acquired by SPI Energy Ltd. (NASDAQ:SPI) subsidiary EdisonFuture, and EasyMile, an industry leader in autonomous technology, announced the beginning of a partnership to jointly develop and deploy zero emission trucks as well as autonomous shuttle buses.

The EZ Zeus development on a Starcraft Allstar is also supported by the manufacturer Forest River Inc., and Creative Bus Sales, the nation's largest bus dealer, will be offering the EZ Zeus to its nationwide customers.

"Phoenix's third generation all-electric shuttle buses and trucks are an ideal product to automate, as they are widely used in many fixed route, short loop and low-speed applications. We are proud to be launching the first of its kind medium-duty fully autonomous shuttle in partnership with EasyMile, Forest River and Creative Bus Sales," stated Xiaofeng Peng, Chairman and CEO of SPI Energy.

EasyMile will provide its proven driverless technology suite, including hardware and software, customized to best fit the requirements for the medium-duty vehicle platform. "Autonomous shuttles and trucks can greatly enhance safety and efficiency, while having a positive impact on overall cost of operations. We have a strong pedigree in autonomous driving and are excited to be partnering on this project," said Sharad Agarwal, Senior Vice President of EasyMile.

The first of its kind Class 4 EZ ZEUS will be in partnership with Houston Metro serving the Third Ward community as the first pilot location. This is expected to be the first Federal Motor Vehicle Safety Standards (FMVSS), Americans with Disabilities Act (ADA), and Buy America-compliant mid-size autonomous bus in the US. This deployment is partially funded through the Federal Transit Administration (FTA's) Accelerating Innovative Mobility (AIM) grant.

The EZ ZEUS shuttle bus will address the increasing interest in autonomous shuttle buses, particularly in the post COVID era. "Starcraft has been the market leader, providing best in class shuttle buses for both public and private fleets. We are excited to be extending our partnership with Phoenix Motorcars for electric drivetrains to now include fully autonomous shuttles for our customers," said David Wright, President at Forest River Bus, a Berkshire Hathaway company.

"As transit agencies look to restructure their routes and assets following the challenges of the COVID-19 pandemic, many large fleets are increasingly interested in viable autonomous solutions. At Creative, we pride ourselves in representing the best products and solutions available to our customers and we look forward to offering the autonomous EZ ZEUS product to customers nationwide," stated TJ Matijevich​, Vice President & General Manager at Creative Bus Sales.

Phoenix Motorcars: Founded in 2003 and headquartered in Ontario, California, Phoenix Motorcars develops, deploys, and services all electric drive systems for Zero Emission Commercial Vehicles. The company's electric vehicles have logged over 2-million zero emission miles, reducing over 6.5 million pounds of carbon emissions, equivalent to the amount of carbon sequestered by over 3,400 acres of U.S. forests. Phoenix Motorcars strives to provide fleets with clean transportation and renewable energy through advanced technology solutions and remains committed to excellence in electric vehicle innovation.

EasyMile: A leader in driverless software, EasyMile partners with blue-chip manufacturers to autonomate their vehicles. It has developed and deployed over 300 autonomous driving solutions in 30 countries and driven nearly 500,000 miles autonomously.

Forest River, Inc. is one of America's leading manufacturers of recreational vehicles, pontoon boats, cargo trailers and buses and is a subsidiary of Berkshire Hathaway, one of the most financially secure and well-respected companies in the world.

Creative Bus Sales is the nation's largest bus dealer since 1980. The Company is headquartered in Chino, CA and has 17 locations nationwide. Creative Bus Sales represents over 20 top manufacturers and an extensive portfolio of industry-leading vehicles serving the transit and retail markets. With a dedicated nationwide network of Parts, Service, Warranty, and Customer Care Teams, as well as in-house financing, the Company continues to provide superior solutions that meet the ever-changing needs of our marketplace.

SPI Energy Co., Ltd.(SPI) is a global renewable energy company and provider of photovoltaic (PV)and electric vehicle (EV) solutions for business, residential, government, logistics and utility customers and investors. The Company provides a full spectrum of EPC services to third party project developers, as well as develops, owns and operates solar projects that sell electricity to the grid in multiple countries, including the U.S., the U.K., Greece, Japan and Italy. The Company has its US headquarters in Santa Clara, California and maintains global operations in Asia, Europe, North America and Australia. SPI is also targeting strategic investment opportunities in green industries such as battery storage and charging stations, leveraging the Company's expertise and growing base of cash flow from solar projects and funding development of projects in agriculture and other markets with significant growth potential.